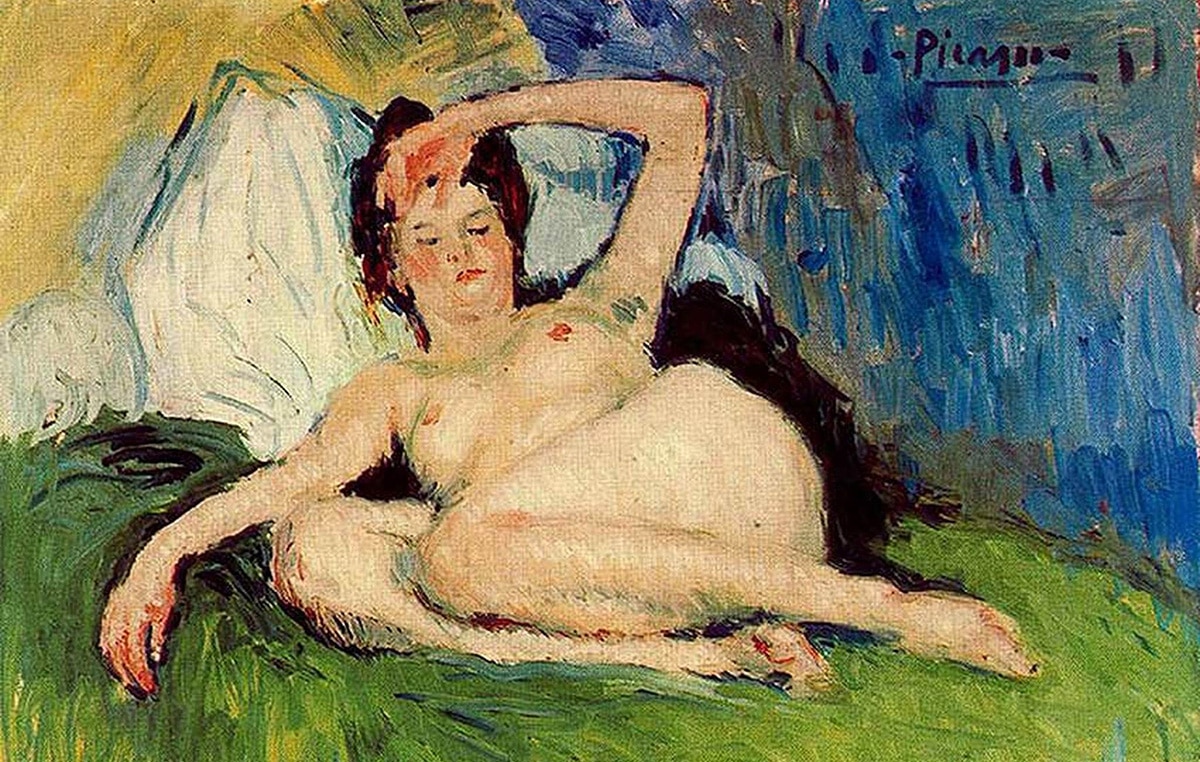 From the beginning, artistic creation was mostly a craft. In other words: he who pays the piper calls the tune. It was needed to create art in a way that customers appreciated. However, there were few defiant artists who listened to their muses and followed their ideas and visions about the world. They were demolishing borders of European´s middle and higher classes´ limited (voluntarily or involuntarily) taste.

From the nakedness to the censorship and to the nudity again

Why did it happen that normally pictured nudity or even penetration became something forbidden, outrageous, daring? How is it possible that squirting was once normal skillfulness of women and we can find pictures of it on the ancient Rome frescoes but whole generations of our parents and grandparents knew nothing about it? How is it possible that on paintings or gold plated frames, there are breasts, often squeezed by a man´s hand, small and big penises, rape, two women altogether or bare vaginas and colored photography of these old items would be unacceptable today anywhere in the public area, in hotel or office? Nakedness is natural as well as sexual intercourse. Without these things, none of us would be here.

Christianity is responsible as it brought the promises of light and order to Europe tossed with wars. And with it, it brought strict restrictions and obedience demanded under the threat of death. But under the mask of modesty, lust and licentiousness were thriving. It took centuries until ordinary people have realized that the system is rotten. With progress in agriculture and the arrival of the 18th century industrial revolution, life was easier for the people. Now, it was not only about statute labor. People had time thinking about themselves, about the world. With the gradual easing of corsets as well as moral, also painters plucked up the courage. Even there were more of them, we will introduce a few of the most important of them. 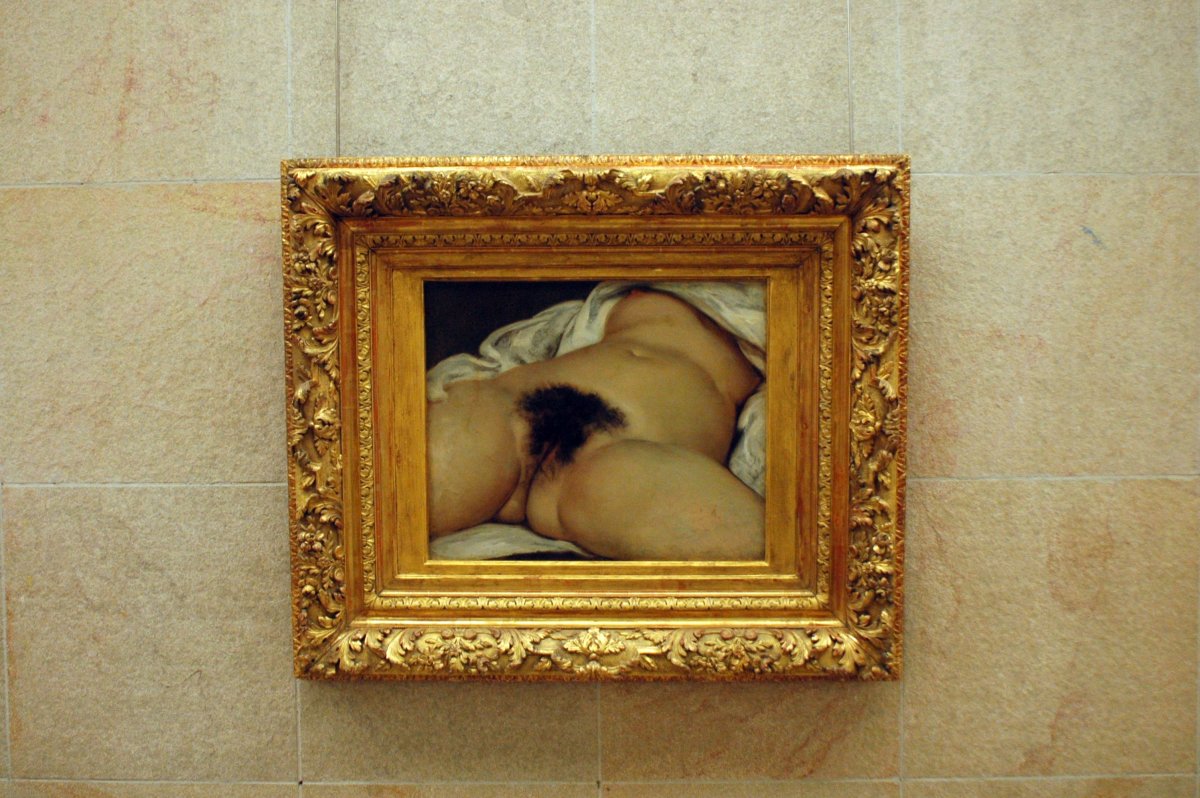 We have all been created in Constance

The Origin of the World is controversial and very realistic paintings of French painter Gustav Courbet (1819-1877) from 1866, which aroused both the artistic community and police. The painting was forbidden for a long time. And the most acute question was: who’s that hairy pussy is? The most promising possibility that it was his 23 years old mistress (she was red) was refused. Recently, it was discovered that this world-famous crotch belonged to a mistress of one diplomat. French historian Claude Shopp read letters of Alexander Dumas and in one of them, he has found one mention connected to the famous painting and the ballet dancer Constance Queniaux. She had dark hair and most importantly – she was a mistress of Turkish diplomat Khalil-Bey.

„The 19th century pioneer“– as he was called – felt, that he is the one who will really change the world. He said: „I want to change the public taste and the way they watch art.“ He took pink glasses off the romanticism and painted people and things like they really look, human sexuality included. He beat the way for young artists, mainly impressionists like Édouard Manet. They adopted not only his „looking without pink glasses “, but the techniques of painting as well. Smooth contours, so common in his time, were replaced with visible strokes and plastic look of the painting. 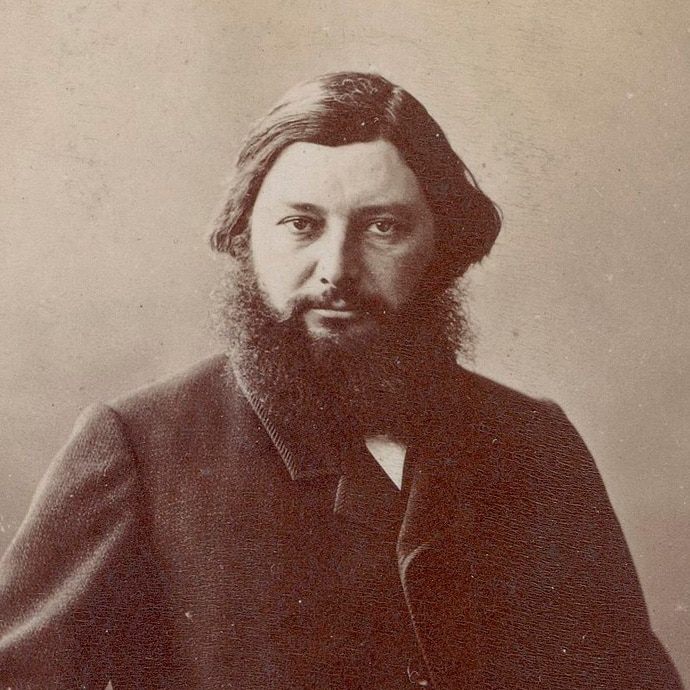 Klimt and his naked secession

World-famous Gustav Klimt was born in Vienna in 1862. Originally, he should become goldsmith and jeweler, same as his father and brothers, but he showed strong drawing talent, so he was sent to the school of decorative arts. At the age of 14, he passed entrance exams easily. A few years later, his works could be seen on arches in Karlovy Vary or walls and ceilings of Vienna´s University. In 1897, Klimt and other same-thinking artists organized an exhibition in which they wanted to introduce the new artistic movement – secession. From this time, the famous poster of Goddess Athena watching a fight between Minotaur and Theseus. Naked hero as a symbol of the new art is winning over the beast with bull´s head (in which some older artists found themselves).

At that time, the poster was considered scandalous. Today, it is considered to be the first protest of Austrian modernists. In the end, Klimt had to cover Theseus´ genitals with a leaf. He made concession to censorship and in return, censors didn´t care about Klimt´s critics who were complaining about the comparison of themselves with Minotaur. 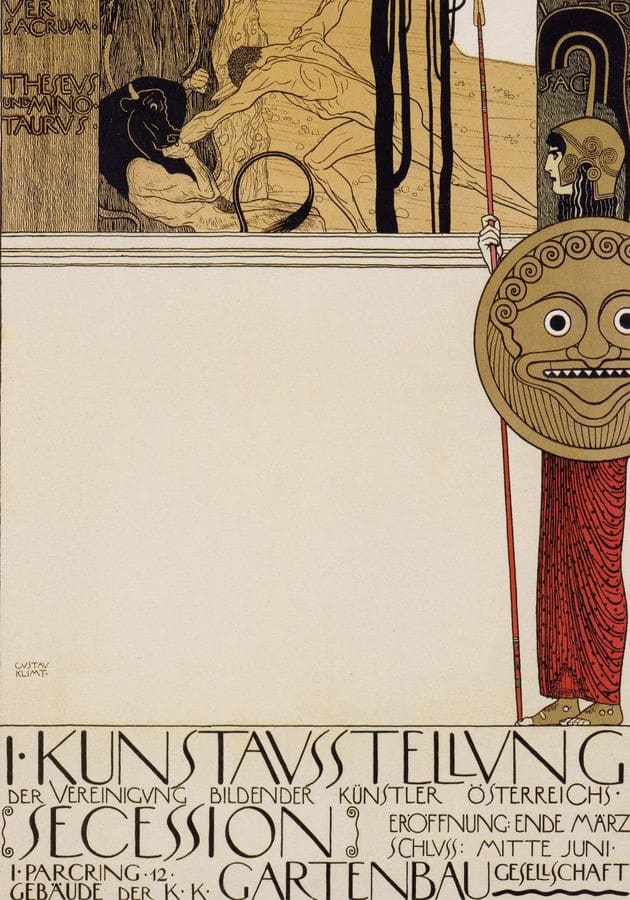 Klimt´s work is accompanied mainly by cute female faces, literally flowing around colorful geometric shapes of both regular and irregular nature. At the first sight, all characters are in unnatural poses, they look like they fall down from height and have broken legs. But at the same time, they are very gentle and fragile. When you absorb all of this, you understand that there is another level in Klimt´s paintings. Klimt´s painting „Virgin“ is an ideal example. In this painting, several graceful women, one intertwined with another. Strange positions of their bodies, significant roughness and honest composition were adopted by Klimt´s most famous student… 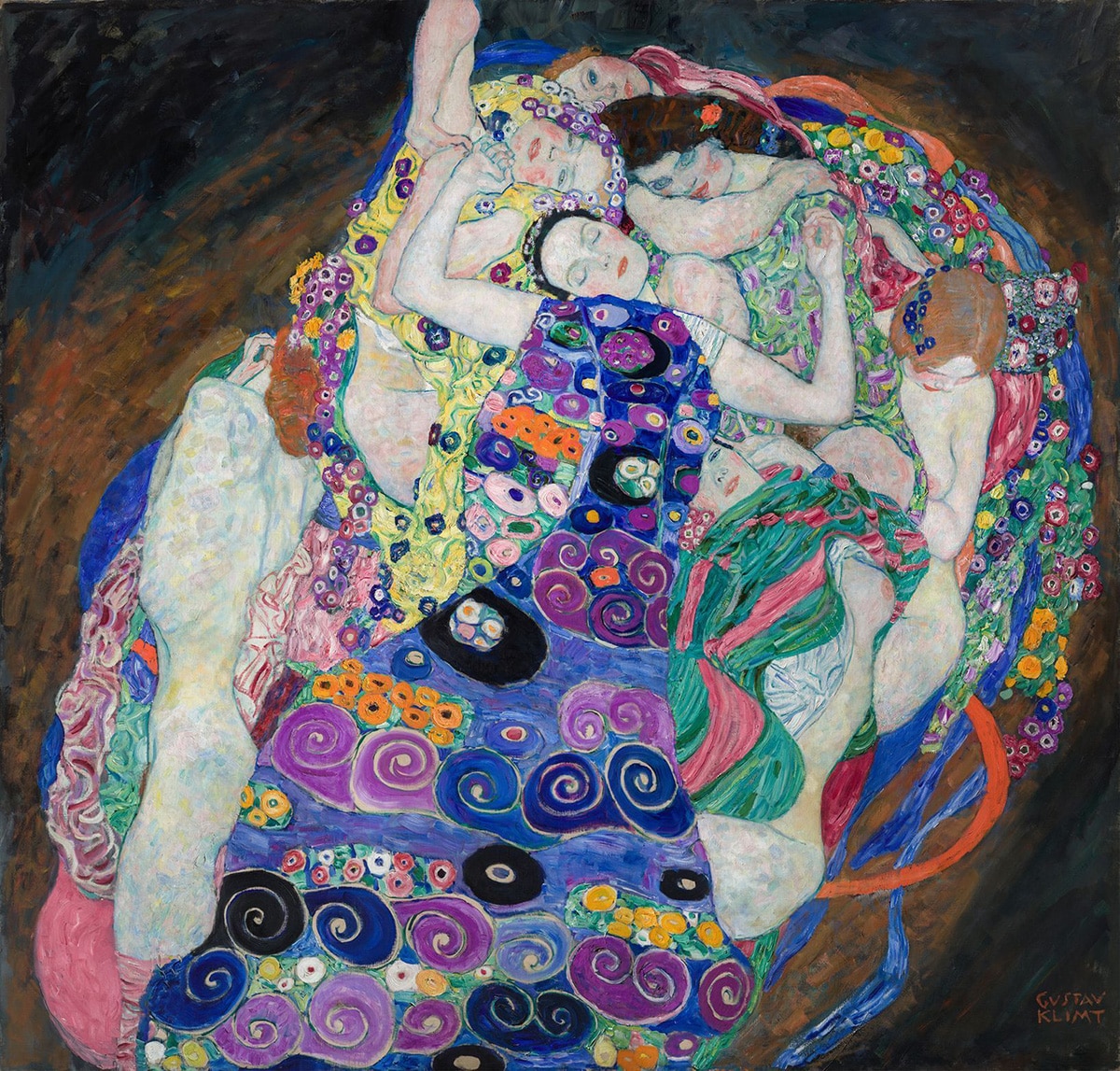 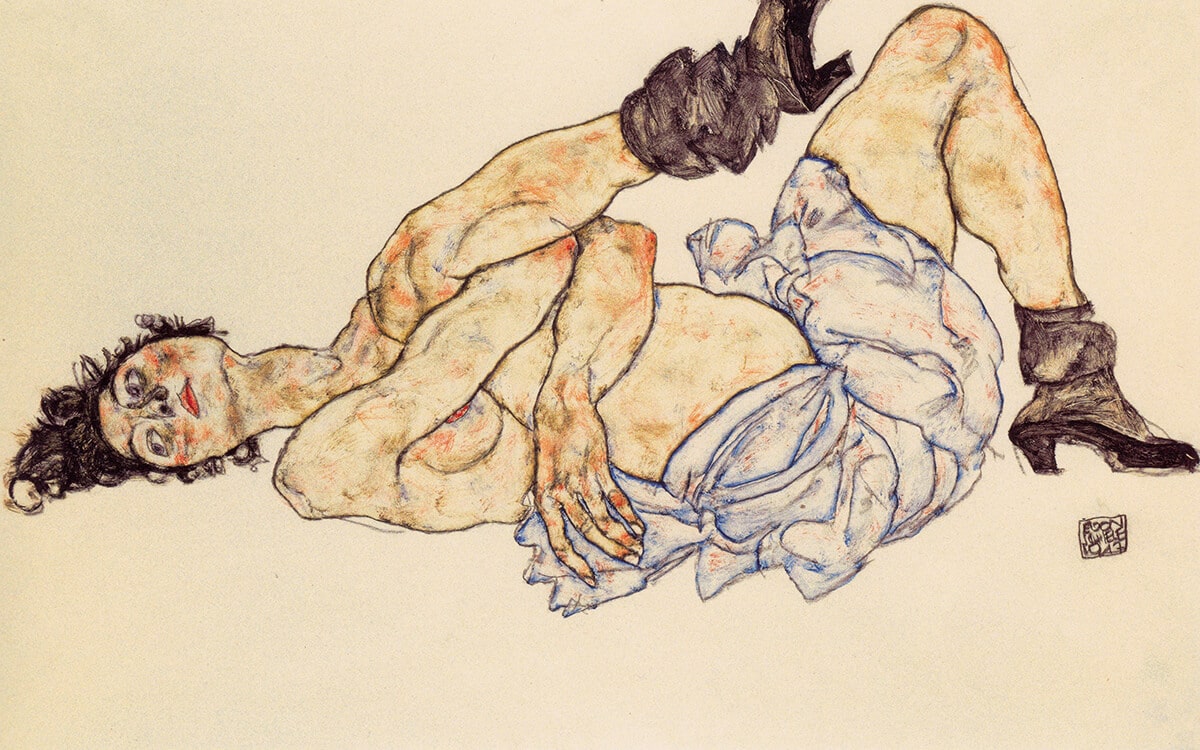 Lolitas don´t have a chance

Egon Schiele (1890 – 1918) was painter born by Austrian secession and student of its founder – Gustav Klimt. He had his own specific style based on European secession. He is known for his erotic paintings of extremely young girls who were rotating in his studio and admiring him all the time. However, he was fully devoted to his beloved sister Gertrude. He painted her many times and lived with her also in Český Krumlov. Schiele was just 16 when he passed entrance exams and started to study at Academy of fine arts in Vienna. But he never finished his studies. He left the Academy after three years and with few of his friends from the Academy, he founded so-called Group of the new arts (Neukunstgruppe). They were striving for maximum authenticity without continuity to the tradition and artistic development. Neukunstgruppe said: „it´s the only way for new artist to be himself.“

Although some of the Schiele´s paintings should be considered funny today, in fact they are an expression of admiration of female sexual energy and her power. He put women to the center of an artistic creation – but not in the position typical for nude pictures, but rather in very provocative positions showing something between beauty and ugliness of female physical nature. 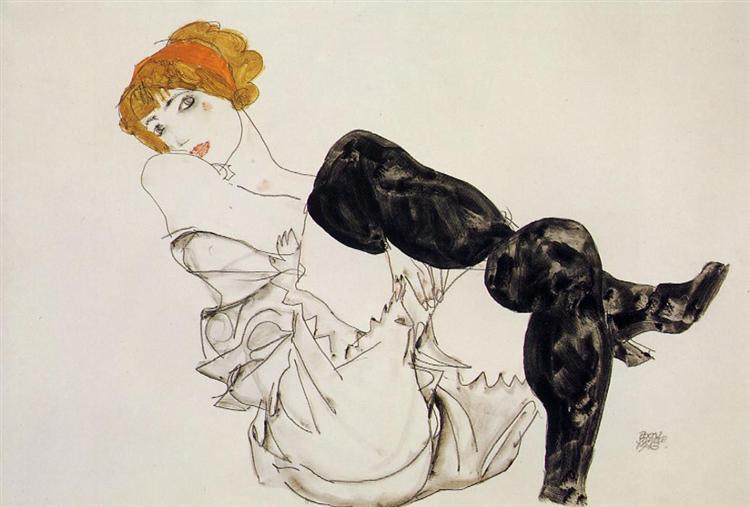 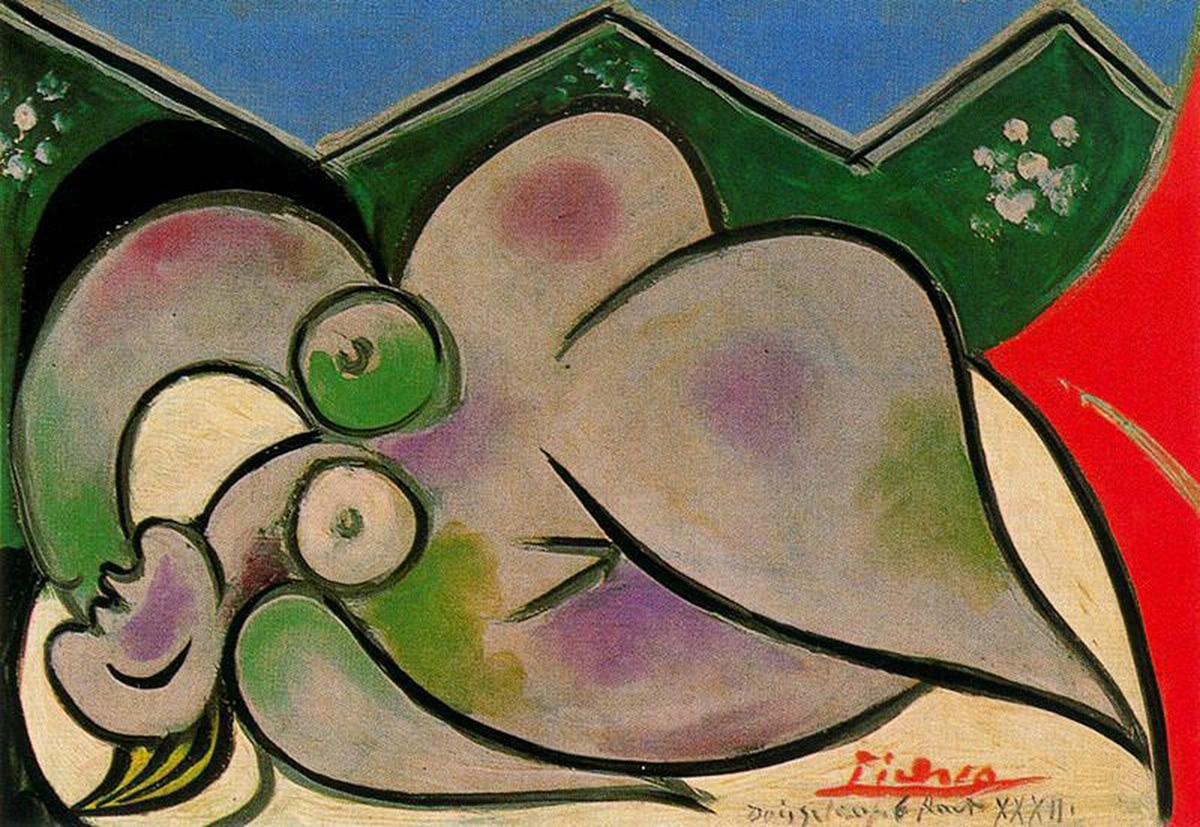 South Europe will be our nest stop. Young Pablo was born in 1881 († 1973) in Malaga, Spain. In the age of three, his paintings were considered interesting by his family and other people around him? He was natural-born genius. His complete name was Pablo Diego José Francisco de Paula Juan Nepomuceno María de los Remedios Cipriano de la Santísima Trinidad Ruiz y Picasso but he has chosen his mother´s name Picasso as he considered it more interesting than ordinary Ruiz, his father´s name. Moreover, his father was also an artist. He conquered the Academy in the age of 13 (3 years earlier than Schiele) Altogether with Georges Braque, Picasso is considered to be the founder of cubism characterized by the representation of the object from all the sides, but in wholeness. 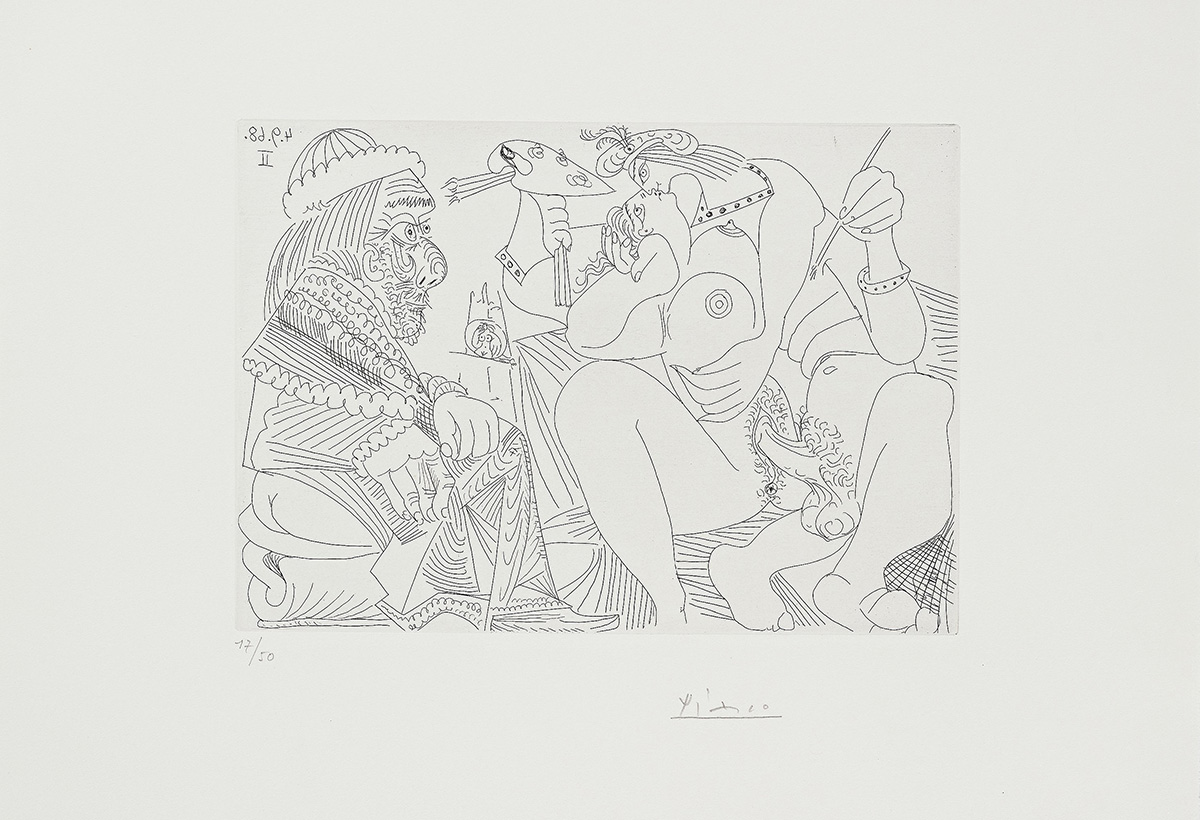 During his life, he created hundreds of thousands of works, but we will talk about one of his last paintings which was created under the French sun, in his studio in Cannes. At the age of 84, he created famous 347 Series, consisting of the same number of individual graphics, during 7 months! For the comparison: it took Rembrandt all of his career to make 300 similar works. The artist himself said that „if I paint, I watch my models hour by hour and I´m thinking about many crazy things. That´s my way of writing a story.“ At least twenty of his works were widely discussed and the ban of their exhibition was considered.“ But Picasso´s popularity was monstrous – he was one of those artists who were alive at the time they became popular – and that´s why he was able to break the borders and his works were exhibited in Paris, Chicago and New York. 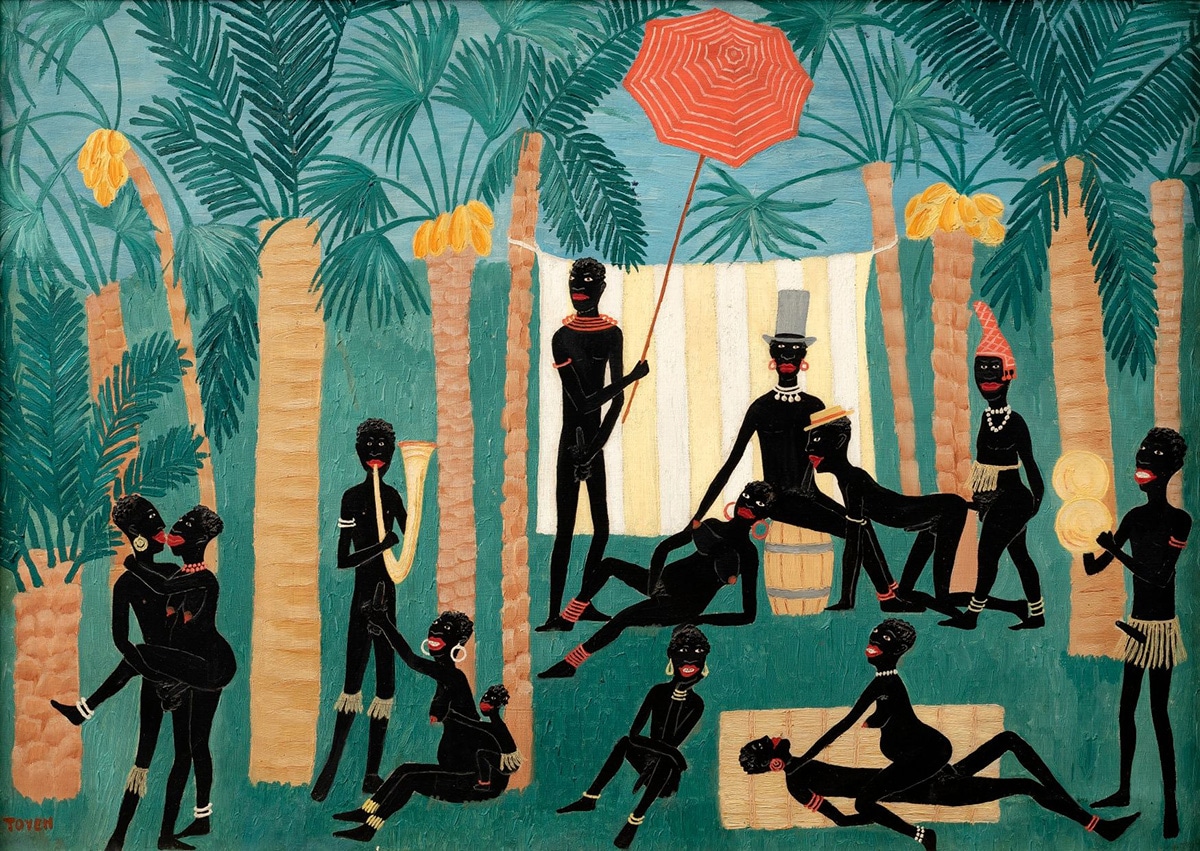 From soap to brush

During the First world war, she was manufacturing soup with other workers but after the war, she applied for School of decorative arts and as early as in 1923, she had an exhibition in Prague´s Rudolfinum altogether with her close friend Jindřich Štýrský. This rebellious person, whose paintings are so popular that collectors are able to pay millions for them, was famous for her nonconformist opinions. She refused her civil name, broke family ties and denied traditional women´s role. 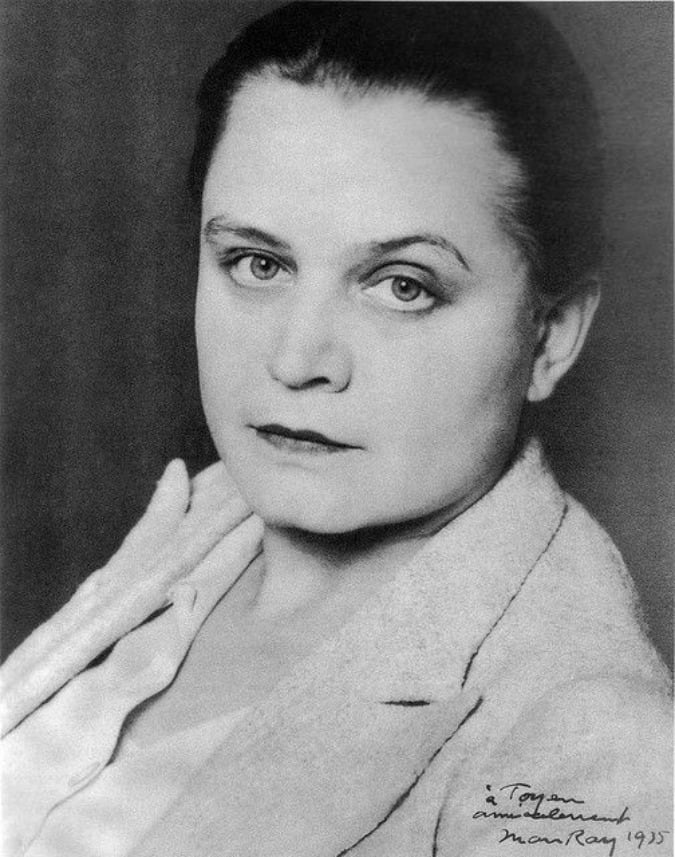 Pants and cigarette in the corner of the mouth

She was always hiding her sexual orientation, but she liked male clothes. Inseparable part of her look was also a cigarette, swaying walk and fraternizing almost absolutely with men only. She supported anarchistic movement too. After the occupation, she moved to Paris where she was working with other surrealists at André Breton´s side. André Breton was the founder of this movement which – apart from dadaism – offers the possibility of freeing one´s mind and feeling conflicts via a process of creation. Toyen´s surrealistic paintings are still bewitching and very popular.

It is not important if you like the art of old masters, contemporary art or antiquities, we recommend you to visit the newly opened gallery in the center of Prague – einszwei.

Raspberry
Raspberry likes to work her way through words of everything spicy, forbidden, or secret, and once she has a sufficiently attractive opportunity, she tastes from the board herself to tell the story and lure it to taste. She is also co-author of the book Bohemian Taboo Stories. 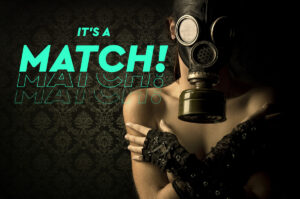 Dating vs. Pandemic – Love in the Era of Corona 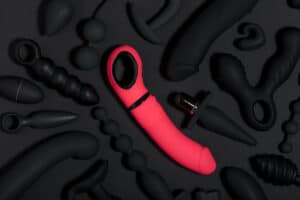 Sex in the Movies: High Quality Pieces for an Inspiration 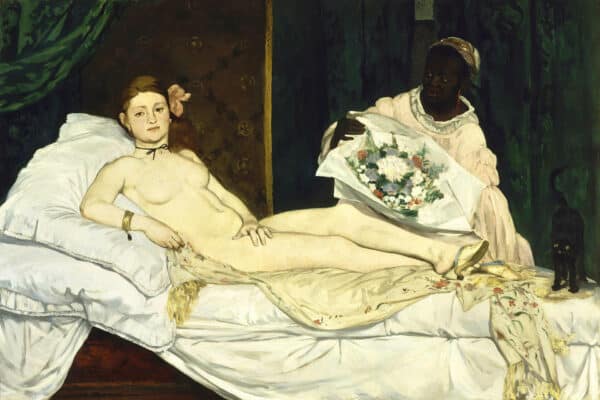